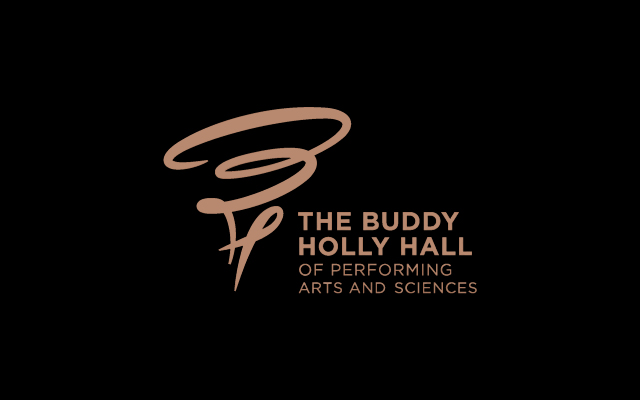 Buddy tells the enduring tale of the musical icon’s meteoric rise to fame and his final legendary performance at the Surf Ballroom in Clear Lake, Iowa, before his tragic and untimely death at the age of 22. In 18 short months the Texas-born rock ‘n’ roller revolutionized the face of contemporary music influencing everyone from The Beatles to Bruce Springsteen. Audiences will be treated to 20 of Buddy Holly’s greatest hits, including timeless classics “That’ll Be The Day,” “Peggy Sue,” “Oh Boy” and “Rave On.”

BUDDY is acceptable for theatergoers of all ages.

AN OFFICER AND A GENTLEMAN

A sweeping romance that will lift you up where you belong! AN OFFICER AND A GENTLEMAN, based on the 1982 Oscar-winning® film starring Richard Gere and Debra Winger, is launching a North American tour. Featuring the Grammy Award® winning, #1 hit single ‘Up Where We Belong’, AN OFFICER AND A GENTLEMAN is a breathtaking production that celebrates triumph over adversity and includes one of the most iconic and romantic endings ever portrayed on screen.

Based on the original screenplay by Douglas Day Stewart Whose Personal Experience as a Naval Officer Candidate inspired one of the highest grossing films of all time, the book for the musical is a new adaptation by multiple Tony Award® nominee Dick Scanlan (Thoroughly Modern Millie, Everyday Rapture), based on the original book by Douglas Day Stewart Sharleen Cooper Cohen. The musical is directed by Dick Scanlan with choreography by Broadway sensation Patricia Wilcox (Motown, A Night with Janis Joplin). Dan Lipton (The Band’s Visit, The Last Ship) serves as the music supervisor/arranger for the production, featuring a score based on the 1980’s catalogue of music that gave voice to a generation.

Zack Mayo’s got smarts and a body built for US Navy pilot boot camp, but he also has too much swagger…until he meets a drill sergeant who’s determined to drill his arrogance out of him. Zack finds comfort in the arms of a local factory girl. But it isn’t until tragedy befalls a fellow candidate that Zack learns the importance of love and friendship and finds the courage to be his best self and win the heart of the woman he loves. AN OFFICER AND A GENTLEMAN: a sweeping romance that will lift you up where you belong.

BEAUTIFUL–The Carole King Musical tells the inspiring true story of King’s remarkable rise to stardom, from being part of a hit songwriting team with her husband Gerry Goffin, to her relationship with fellow writers and best friends Cynthia Weil and Barry Mann, to becoming one of the most successful solo acts in popular music history. Along the way, she made more than beautiful music, she wrote the soundtrack to a generation.

Featuring a stunning array of beloved songs written by Gerry Goffin/Carole King and Barry Mann/Cynthia Weil, including “I Feel The Earth Move,” “One Fine Day,” “(You Make Me Feel Like) A Natural Woman,” “You’ve Got A Friend” and the title song, BEAUTIFUL has a book by and Tony® Award-nominee and Academy® Award-nominated writer Douglas McGrath, direction by Marc Bruni, choreography by Josh Prince, and took home two 2014 Tony Awards® and a 2015 Grammy Award®.

They were just four guys from Jersey, until they sang their very first note. They had a sound nobody had ever heard… and the radio just couldn’t get enough of. But while their harmonies were perfect on stage, off stage it was a very different story –a story that has made them an international sensation all over again.

Go behind the music and inside the story of Frankie Valli and The Four Seasons in the Tony Award® and Grammy ®Award-winning true-life musical phenomenon, JERSEY BOYS. From the streets of New Jersey to the Rock and Roll Hall of Fame, this is the musical that is just too good to be true.

Inspired by the beloved films, the romantic and adventure-filled new musical ANASTASIA is on a journey to Lubbock at last!

From the Tony® Award-winning creators of the Broadway classic Ragtime, this dazzling show transports us from the twilight of the Russian Empire to the euphoria of Paris in the 1920s, as a brave young woman sets out to discover the mystery of her past. Pursued by a ruthless Soviet officer determined to silence her, Anya enlists the aid of a dashing conman and a lovable ex-aristocrat. Together, they embark on an epic adventure to help her find home, love, and family.

For a quarter of a century, Jonathan Larson’s RENT has inspired us to choose love over fear and to live without regret. This Tony Award and Pulitzer Prize-winning phenomenon follows a year in the lives of a diverse group of artists and friends struggling to follow their dreams without selling out. It has become more than a musical – it is a cultural touchstone, a rite of passage and a source of joy and strength for millions. RENT has become a part of us forever.

Whether you have never seen RENT or have completely lost count, you can’t miss it this time around – the 25th Anniversary “Farewell Season of Love” is your FINAL CHANCE to experience this celebrated touring production.

Season tickets start at $180 for all five shows. Only Season Members receive the best seats at locked-in prices before tickets go on sale to the public, as well as priority access to tickets, premium seating, easy exchanges, and lost ticket insurance. New season members should order early for the best seats to all five Broadway hits by going to BroadwayAtBuddyHollyHall.com or by calling 800.776.7469. (Monday-Friday 10 a.m. – 4 p.m. Central)