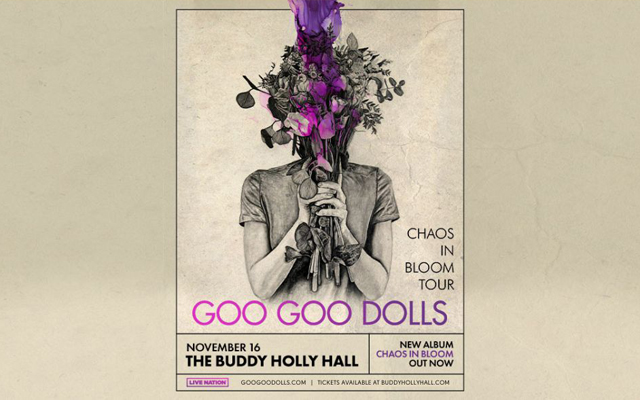 August 12, 2022 (Los Angeles, CA) – Today, GRAMMY® Award nominated, multi-platinum-selling band Goo Goo Dolls have released their 13th studio album Chaos in Bloom via Warner Records, marking its release with the propulsive new song “Going Crazy”. The standout track harkens back to the band’s power-chord alt-rock sound, assisted by the analog-to-tape recording process and vintage amps & pedals they used while making the entire album. As the first record of their career to be produced by frontman John Rzeznik, Chaos in Bloom finds the band continuing to evolve artistically as they have in the last four decades together. Listen to the album now here and visit here for the exclusive Chaos in Bloom merch collection.

“Going Crazy” serves as a finale for the steady output of songs released so far from the LP, following the melodic offerings “You Are The Answer” and “Yeah, I Like You” that arrived earlier this summer. Consisting of 10 tracks, Chaos in Bloom is an album of biting sarcasm, stadium-ready choruses, and the type of spear-sharp songwriting that’s led them to becoming one of the most influential alternative rock outfits of all time.

While Chaos in Bloom isn’t necessarily an album borne out by the pandemic, many of the tracks reflect on all of the things in daily life that became amplified while everyone was isolated from one another and sequestered at home. To record the album, Rzeznik and Takac retreated to Dreamland Studios just outside Woodstock, New York during the pandemic. An environment as remote as it is rich with historic rock music roots, the location proved to be the perfect setting for clearing the noise and creating such a record, which carries a true live quality that the band captured by blending vintage instruments and gear with new-age recording processes and techniques. To celebrate the album release this week, Spotify has dedicated their coveted Times Square billboard in New York City to Goo Goo Dolls and the arrival of Chaos in Bloom.

Today, the band has also announced the second leg of their nationwide Chaos in Bloom tour, adding to their sprawling headlining tour this summer in which they’re playing at iconic outdoor venues including Red Rocks Amphitheater in Colorado, The Greek Theater in Los Angeles, and Northwell Health at Jones Beach Theater in Wantagh, NY. The newly announced tour dates will kick off on October 28th in Eau Claire, WI, and will serve as an intimate theater tour that will see the band playing new songs, deep cuts and the hits from their illustrious catalog. American Express® Card Members can purchase tickets in select markets before the general public beginning Wednesday, August 17 at 10am local time through Thursday, August 18 at 10pm local time, and general onsale tickets will be available beginning Friday, August 19th at 10AM local time. For tickets and more information, visit https://www.googoodolls.com/tour.

The Chaos in Bloom tour will see the band performing multiple songs from the brand new record for the first time ever including “Yeah, I Like You,” “Going Crazy,” and “War,” along with other tracks from their complete discography. Blue October will provide support for the entire run, and more information & tickets can be found via the band’s website HERE. Goo Goo Dolls have partnered with the Joe Torre Safe At Home Foundation for the tour, a nonprofit founded in 2002 by Ali and Joe Torre to provide healing and education services to youth who have been traumatized by exposure to violence including domestic violence, child abuse, teen dating abuse, and sexual assault to help break the cycle of violence.

Formed by Rzeznik and Takac in Buffalo, NY during 1986, Goo Goo Dolls have quietly broken records, contributed a string of staples to the American songbook, connected to millions of fans, and indelibly impacted popular music for three-plus decades. Beyond selling 15 million records worldwide, the group has garnered four GRAMMY® Award nominations and nearly a dozen platinum & gold singles combined and seized a page in the history books by achieving 16 number one and Top 10 hits. As a result, they hold the all-time radio record for “Most Top 10 Singles.”

Thus far, A Boy Named Goo [1995] has gone double-platinum, Dizzy Up The Girl five-times-platinum, and Gutterflower [2002] and Let Love In [2006] both went gold as Something for the Rest of Us [2010] and Magnetic [2013] bowed in the Top 10 of the Billboard Top 200. Their music continues to reach new audiences around the world and rack up platinum & gold statuses – including the recently platinum-certified “Slide”, “Black Balloon” and “Better Days” – and has been covered by everyone from Taylor Swift to Phoebe Bridgers and Maggie Rogers.

Among a string of hits, “Iris” clutched #1 on the Hot 100 for 18 straight weeks and would be named “#1 Top 40 Song of the Last 20 Years.” On the heels of going viral on TikTok, the track recently achieved seven-times-platinum status and re-entered the Billboard charts, yet again proving the timelessness of Goo Goo Dolls’ illustrious catalog. 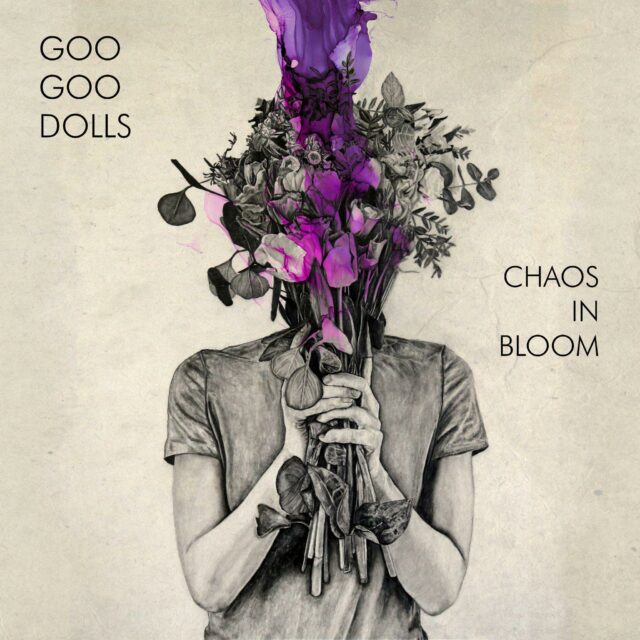