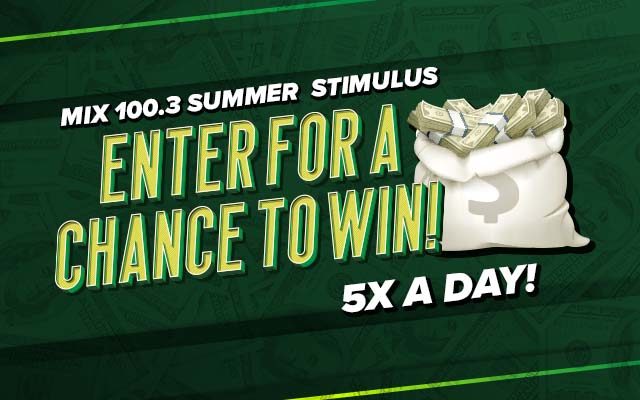 APTIVADA’S OFFICIAL RULES FOR THE

NO PURCHASE NECESSARY TO ENTER OR WIN.  A PURCHASE WILL NOT INCREASE YOUR CHANCES OF WINNING.   THIS IS A MULTI-STATION, NATIONAL CONTEST.

The 2021 Summer Cash Contest may be conducted under various names by the participating stations.

Entry Method:  During the Promotional Period, you may enter the Promotion in one of the following ways (entry methods may vary by Participating Station or Sponsor):

If you are listening to a Participating Station via internet streaming or smartphone app, you are eligible to participate in the Promotion.  However, due to streaming delays, you may hear a keyword belatedly and the window to submit the keyword for a chance to win may be shortened or have already closed.  To avoid such delays, listen to the Participating Station over the air on the radio.

In conjunction with this national Promotion, a Participating Station or Sponsor may be conducting its own contest or sweepstakes for a chance to win a local prize.  For more information and official rules, visit the website of the Participating Station or Sponsor.  Aptivada is not responsible for the conduct or administration of any such local contest/sweepstakes, including without limitation procuring and awarding a local prize.

Promotion Entities are not responsible for technical outages, delays, or malfunctions of any kind, including those related to the Internet, cell phone service, or computer failures.  Accordingly, Promotion Entities are not responsible for errors or data loss of any kind, lost or unavailable Internet connections, failed, incomplete, garbled or deleted computer or network transmissions, inability to access any website or online service, any other error or malfunction, late, lost, illegible or misdirected entries, or for printing errors in any advertisement, entry form or rules.

Any attempt by an entrant or any person to deliberately damage any website or social networking site used in the Promotion or to undermine the legitimate operation of this Promotion may be a violation of criminal and civil laws.  Should such an attempt be made,  Aptivada reserves the right to seek full prosecution and/or damages from any such individual to the fullest extent permitted by law.  Aptivada’s failure to enforce any term of these Official Rules shall not constitute a waiver of that provision.

Prizes and Odds of Winning:

August 5th, 2021
View full playlist
Latest Podcasts
Connect With Us Listen To Us On